The Secret Weapon E-Cigarette Companies Use to Get to Teens 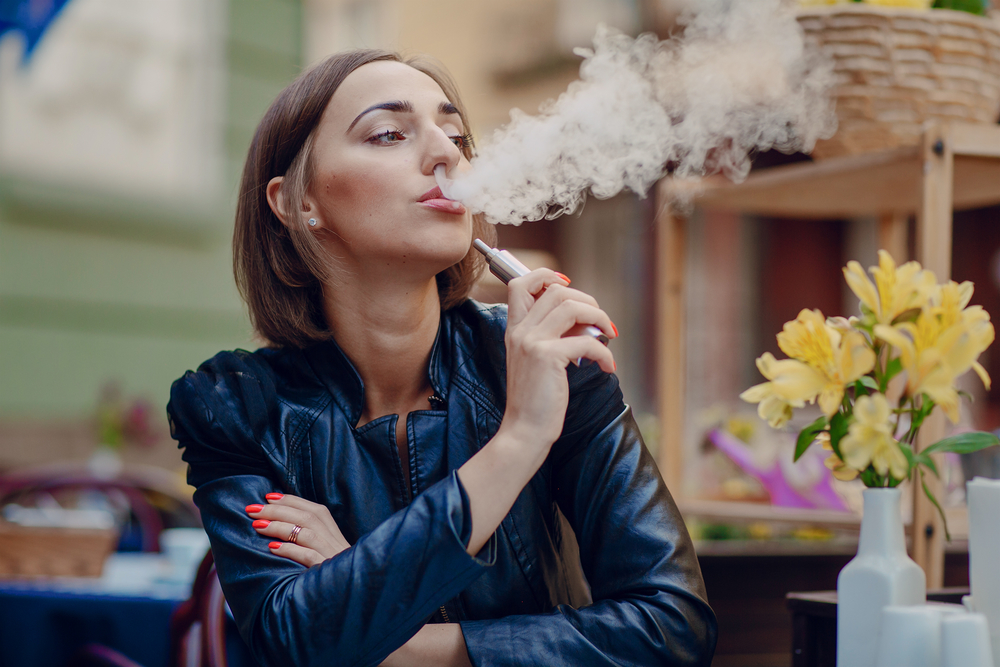 Any parent or teacher of a high schooler likely knows that e-cigarettes are taking over the teen population. Young people now use e-cigarettes more than regular cigarettes, but despite their “healthier” aspects of vaping versus smoking, e-cigarettes still pose a significant health risk to minors. Aside from addictive nicotine, they contain unsafe chemicals that can damage growing brains and change behaviors. Not only are e-cigarettes risky for young people to use, they are also illegal for minors.

The rise in e-cigarette use among teens is a scary trend – and it’s a completely intentional one.

E-cigarette companies, the very same companies that produce other harmful tobacco products, have spearheaded social media marketing tactics to target a younger audience. Though many of the companies, such as JUUL, deny targeting teens specifically, their tactics are reaching at audience anyway. Almost 3 in 5 high school students have used a vape pen – more adults than smoke cigarettes.

These corporations have taken to social media feeds to reach their audience. Whether it’s Twitter, Instagram, YouTube, or another social channel, e-cigarette brands are spending millions of dollars on digital advertisements featuring young users. Beyond sponsoring ads and running their own accounts, e-cigarette manufacturers are also using influencer accounts to market to new users. They send young, popular social media users off on tobacco-sponsored excursions and have them share photos with e-cigarettes. The influencers then post the photos and include appealing hashtags that highlight the tobacco products and spread the marketing message. Sometimes, tobacco companies will even use content appropriate for all ages to lure young users to e-cigarette content. Because these products are illegal for minors, who are an impressionable and ginormous population on social media, companies like JUUL and Mig Vapor have received backlash over these marketing strategies. Though it has been difficult for governments to regulate this type of advertising, the backlash has grown enough that people around the world are starting to work towards change.

Fight back, it’s not too late?

But is it too late? A new generation of e-cigarette users has become hooked.

Well, nothing will change if people sit down feeling defeated rather than stand up and take action. It all starts on the local level. If you have children or teach them, the first step is to educate them on the health risks of e-cigarettes. Connect with your trusted relatives, friends, neighbors, and other contacts on Go2s to start building awareness within your community about the dangers that vaping pose to young people. Creating a discussion is a great way to begin making a change for the better.