Social Media’s Role in Natural Disasters Can Be Better 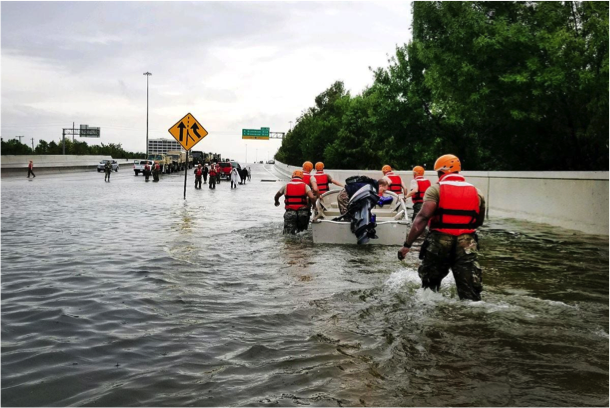 Social media is probably wasting more of your time than it is preserving it. Sure – it’s nice to stay in touch with friends and have a place to catalog and share memories in photo albums. But, the time we spend on sites like Facebook, Twitter, or Instagram isn’t proportional to the degree of value they bring to our lives. We are in need of a social network (not media) that is focused on us and the tasks we are faced with every day. Something that can make our days easier, whether it’s getting the kids from school to dance practice, fixing a roof leak, or handling a looming natural disaster.

The catastrophic destruction brought on by natural disasters is hard to believe. Photographs don’t look real, statistics are sobering, and the cost in dollars – and worse, lives – can be unbearable. As we have seen with Harvey’s assault on Houston and it’s surrounding areas, social media can play a role in easing the burden that natural disasters bring. Most commonly, social media networks are responsible for disseminating images and stories about people coming together to save those in danger or help those in need, reminding us of the good in the world during dark times. It doesn’t take long for video clips and pictures to go viral with such a huge and attentive audience. But beware – the old adage “Not everything you see on the internet is true” still holds, even with heartwarming tales of disaster relief. Fake photos and false rumors are still present, as we ought to expect on public social media platforms.

Beyond spreading content, social media has played a part in providing aid to Harvey victims. Tweets went out containing addresses where people were stranded and needed help. Citizen groups took to Facebook to announce their assistance to first responders. An interactive Google map was created to document needed, pending, and completed rescues. Even more apps like Zello, Glympse, and Waze were used for voice messaging and obtaining updates on road conditions.

These efforts are certainly impressive, but we must bring a critical eye to the situation. How can we continue to help others in crisis through social media – but do so more efficiently? How can we improve this process to be better the next time around? Efficiency in times of disaster can save lives. The online communications regarding rescues, who needs help and who has already received it, and important government and agency announcements are completely fragmented across handfuls of sources. For example, a local government might instruct residents to do one thing on Facebook, while an official from that same government might send out a Tweet telling residents to do the opposite, confusing everyone and exacerbating the situation. Or, if someone needs rescue and sends messages across multiple social networking platforms, how inconvenient it must be to have to update every channel while you are without power and watching your phone battery die.

We need one platform, one network, one app that can help you and your go-to’s spend less time scrolling and more time living. We need a network where we can reach our closest friends and family quickly. We need a platform that is user-centric and focused on life’s meaningful interactions. And that platform is coming.