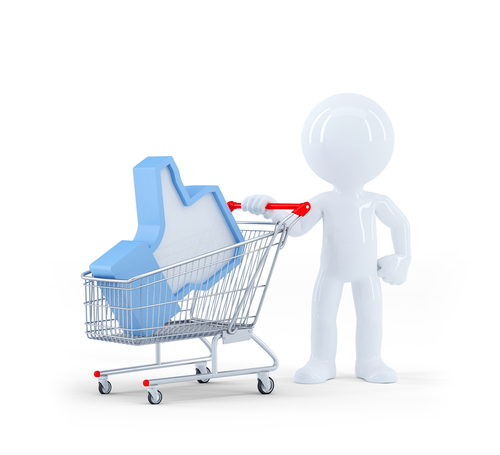 Most of the time when people talk about the downsides of ad-driven social media platforms, they complain about “clutter” or “wasted time” spent scrolling past sponsored content. As a media-savvy public, we’re used to being bombarded by advertising and think we’re pretty good when it comes to filtering out the noise. But is our filter as strong as we think it is?

Maybe not, and the reasons why may surprise you. Take the work of social scientists Keith Wilcox and Andew Stephen. They knew there was previous research showing that people who feel happier tend to exhibit less self-control. It doesn’t take a PhD to observe this in our everyday lives. When we feel good, we make more rash decisions and the consequences of impulsive decisions, while pleasurable, may be negative. For example, we’re happy to be meeting old friends for dinner. Buoyed by our good feelings, we splurge on drinks, appetizers, a decadent main course, AND dessert. We’ve had a great time, but both our daily calorie intake AND our wallet have taken a hit.

Wilcox and Stephen also knew there was work that had shown that using social media with a network of “strong ties” (that is, close friends) makes users feel more connected and improves their sense of well-being. They set out to see if the same lack of self-control would occur after users spent time in an online social network.

The answer was, yes, particularly where finances were concerned. In study lingo, “Frequency was positively associated with credit card debt for those with strong ties, such that the more often they used Facebook, the greater their credit card debt. In one experiment, users were instructed to use Facebook briefly, then taken directly to an eBay-type auction and told to bid on an iPad. Those with stronger networks on social media ended up bidding 20-30% more than they’d have spent on the same device at a store.

Other consumer studies have borne out this connection. From Social to Sale by Vision Critical (2013) showed that 4 in 10 social media users (Facebook, Twitter, or Pinterest) purchased an item online or in-store after sharing or favoriting it. Digging deeper, one of the study questions asked social purchasers whether they were already thinking of buying the ultimately-purchased item at the time they shared or favorited it. It wouldn’t be surprising to discover that many people purchased an item that they’d shared or favorited after they’d been thinking about making such a purpose. More astounding: the 41% of people who found the item they purchased because they just happened upon it and said that they hadn’t even thought about buying it or something like it.

Wouldn’t it be great if there were a social network that let us foster the positives of nurturing relationships with close friends (increasing our sense of self-esteem and well-being) while at the same time helping us to spend wisely? A network that goes so far as to channel our impulses towards good causes?

Go2s puts the emphasis on the people and businesses you already know and love. We don’t allow strangers to buy access to your news feed and litter it with opportunities to buy, buy, buy. We keep the focus on the good feelings that come from meaningful conversations with loved ones and supporting the local businesses that make our communities strong. We’re going the extra step of building a Go2s points system that will let you spend your “social capital” on the organizations that are important to you. Go2s wants to take those good feelings we get from connecting with the people we care about and keep them moving in a positive direction: in support of a stronger, healthier offline world.